The CPU, the brain of the computer, is the mechanism that executes the programs for various processes, and is composed of the following parts:

Arithmetic unit
Processes the data stored in the register.
Control unit
Controls the flow of data and processing.
Storage device (Register)
Stores the instructions and data to be processed.

These simple mechanisms are combined to perform what the program wants to do. By programming a variety of processes, we can achieve general-purpose calculations.

In conventional computers, the performance of the CPU has been improving with the progress of semiconductor miniaturization, and the overall performance of the CPU has been improving along with it. However, miniaturization is approaching its physical limit and big performance improvements will not likely be expected anymore. Therefore, application-specific computers that achieve high performance by specializing in specific processing have been the new focus. The annealing machine is a type of application-specific computer that focuses on optimization.

Why annealing machines are fast

In contrast, an annealing machine defines an abstract physical model (Ising model) and puts the desired combinatorial optimization problem into this model (mapping). The energy of the model is then varied, and the answer is obtained at the lowest energy state (ground state).

Compared to the Neumann architecture computer, which performs operations in binary numbers (0/1) and executes processing sequentially through branching, decision making, and repetition processes, the processing with the Ising model feels like a natural phenomenon like living things, waves, or wind, and is therefore called natural computing. In other words, instead of processing the problem sequentially, the convergence behavior of the natural phenomenon itself is used to process the problem, making it possible to solve the problem at high speed even when the problem gets larger. 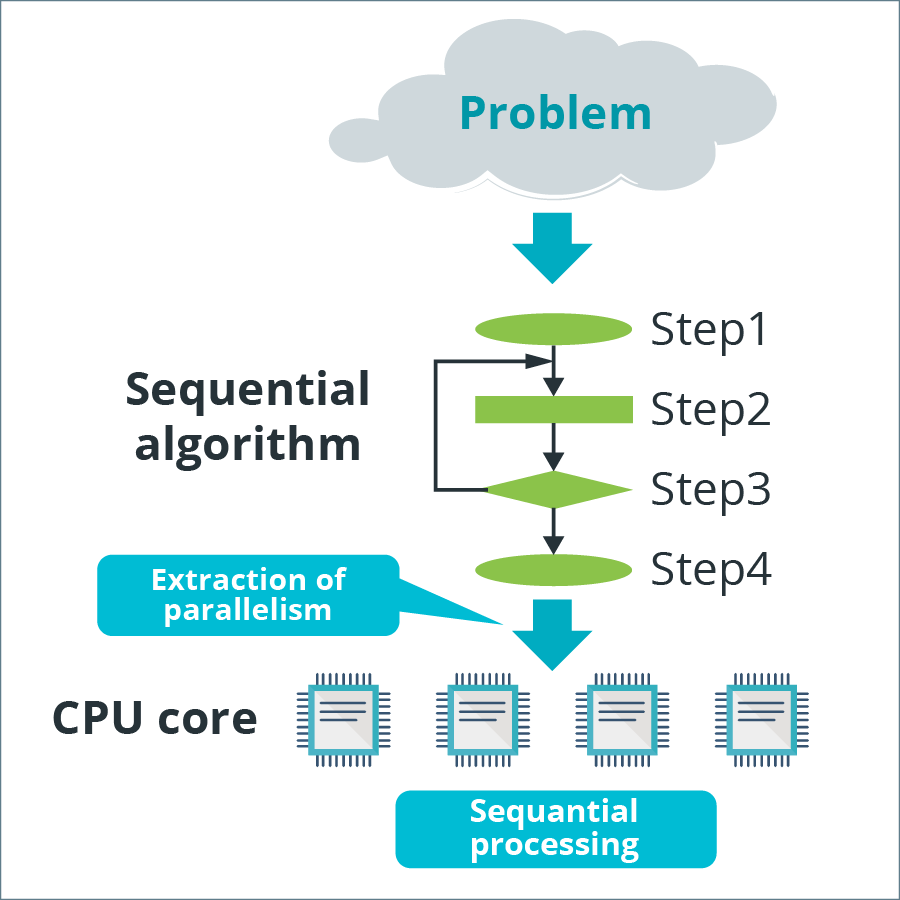 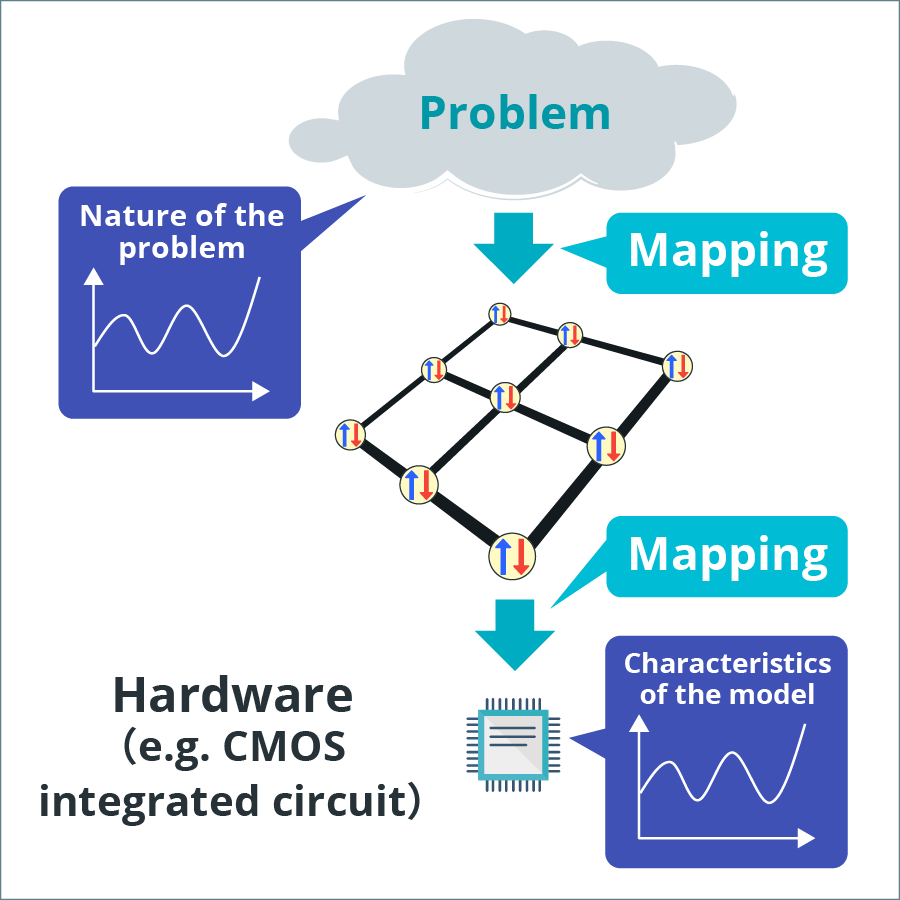 Understand the processing of an annealing machine using the Ising model.

How can we imagine the Ising model? Simply put, it is a collection of spins and couplings. A single element in the Ising model is called a spin, and it can take on two values, +1/-1. Many spins interact with each other and each spin is subjected to an external force of + or -. It is a model that describes how the set of spins (the Ising model as a whole) behaves. In a quantum annealing machine, qubits play the role of these spins, and in a CMOS annealing machine, semiconductor memory and digital circuits are used to solve optimization problems by simulating the behavior of spins.

In the Ising model, as the connected spins interact with each other, there are countless patterns/combinations where the energy of the entire Ising model is high or low. The combination of the spins when they settle down to the lowest energy state, i.e., which ones are +1 and which ones are -1, represents the optimal solution of the optimization problem to be sought.